What is Pokémon Unite?

After a dismal premiere on the Pokemon Presents broadcast, Nintendo and The Pokemon Company have been demonstrating total radio silence regarding their new upcoming game. Pokemon Unite is a MOBA (Multiplayer Online Battle Arena) game for smartphones and the Switch made by the creators of Arena of Valor, Tencent, which aims to bring a new genre of games into the Pokemon library. For those unfamiliar, MOBAs usually consist of two teams of five people duking it out on a small battlefield. With such a diverse cast of potentially playable characters, the marriage between Pokemon and MOBAs seemed like a no brainer.

The reaction from the fans was less than stellar. With many fans expecting a much bigger reveal (possibly a remake of Generation IV games for the Nintendo Switch), the Pokemon Presents broadcast was quickly disliked into oblivion. Even with the outcry from passionate fans, The Pokemon Company has continued development and has announced a global release window of Spring 2021. Even with such a distant launch, portions of the game were leaked which indicate some previously unknown playable characters and features. Thank you to PokeBlastNews on Twitter for the additional information!

Above, you will see the Pokemon selection screen. Near the bottom of the image, you will see your teammates selecting their Pokemon. Once their decision is locked in, a green check-mark appears near the top right of their avatar. Above the bar and towards the right, you will see your trainer dressed in the outfit you selected. Towards the left, you’ll be able to pick your Pokemon for the match. Because your allies have already selected Zeraora, Lucario, and Pikachu, the player is unable to select these Pokemon. In the image, four new Pokemon are shown off which were not shown in the Pokemon Presents broadcast: Wigglytuff, Slowbro, Greninja, and Zeraora.

Here, we see the customization room. Players will be allowed to swap out their headgear, clothing, and shoes to create their ideal Pokemon trainer. Not much is known about how you unlock different styles, but they are expected to be gotten from microtransactions. Below, we have an example of outfit customization.

The final image being reviewed from the leak is the game’s home screen.

Starting from the top left, we have the trainer’s portrait followed by their blurred out name. There is going to be two forms of currency, the first one looks like a gold medal and appears to be the standard currency while the premium currency is a crystal shaped star. Below the currency, the three buttons appear to que you up for a battle. The Orange button says “Unite together”, the yellow says “Unite and fight”, while the transparent button allows you to browse lobbies. Underneath the 3 buttons, there is a white menu whose 4 buttons appear to be regarding in-game events, something called a “Unite Pass” which may be a season pass, the Shop, and Pokemon Storage. To the right of the Pokemon Storage icon, the game has an energy meter.

That’s the majority of the leaks thus far, are you excited for this new game? Why or why not? Let us know in the comments! 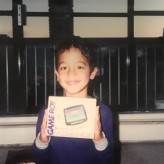 The first game I beat was Pokémon Blue on an old Gameboy Pocket. Since then, I've continued collecting cards and trading 'mons.