In terms of pricing, this is a very consumer friendly option. With the official pro controller by Nintendo retailing at nearly $70 (before tax), the Beexcellent pro controller option is roughly 50% cheaper. This admittedly would be the budget option for consumers, but so long as it holds up feature and usability wise, that shouldn’t matter.

In terms of functionality and features, both the official Nintendo pro controller and the Beexcellent pro controller are nearly the same. Both options boast featuring dual shock vibration, gyro control capability, the ability to wake up your console from sleep mode, and even NFC. Getting the controller to connect to your Switch console shouldn’t be an issue and seems very consistent. One noteworthy feature that the Beexcellent controller has over the official Switch pro is its Turbo Mode, allowing players to program multiple speeds on a button press (this can be a big advantage in certain games).

For gamers who have used knockoff brand controllers in the past, it should come as no surprise to them that the Beexcellent Pro model is definitely not the more classy of the two. This section can be difficult to qualify because it does rely on personal preference, but the Nintendo Switch Pro controller hands down feels better in your hands than the general Beexcellent model. The generic model feels a bit plastic and cheap, which to be fair, is to be expected with it costing approximately half of what the official retails for. Beexcellent’s Pro controller is pretty light feeling as well – if you are into that sort of thing, then this may be a plus in your book, but if you like your controller to have some weight to it, it should be noted that this controller will not fit that criteria. Button presses and feedback are fine, but they don’t have that crisp sensation you will get with an official Switch pro controller. It feels like you are pressing a piece of plastic down and its not quite that intuitively designed – in other words, you can feel the cheapness here. Grip on the official Switch pro controller is much grippier and the offbrand Beexcellent model is a bit larger as well.

If you are on a budget and are looking for a cheaper alternative to the official Nintendo Switch Pro controller, then this is definitely a solid choice we recommend. While the official option might feel better in your hands, you can’t go wrong here. You can tell that some corners might have been cut in regards to production quality, but that is to be assumed with it costing under half of the official alternative. It’s a great option for those not looking to spend an arm and a leg and we recommend it. 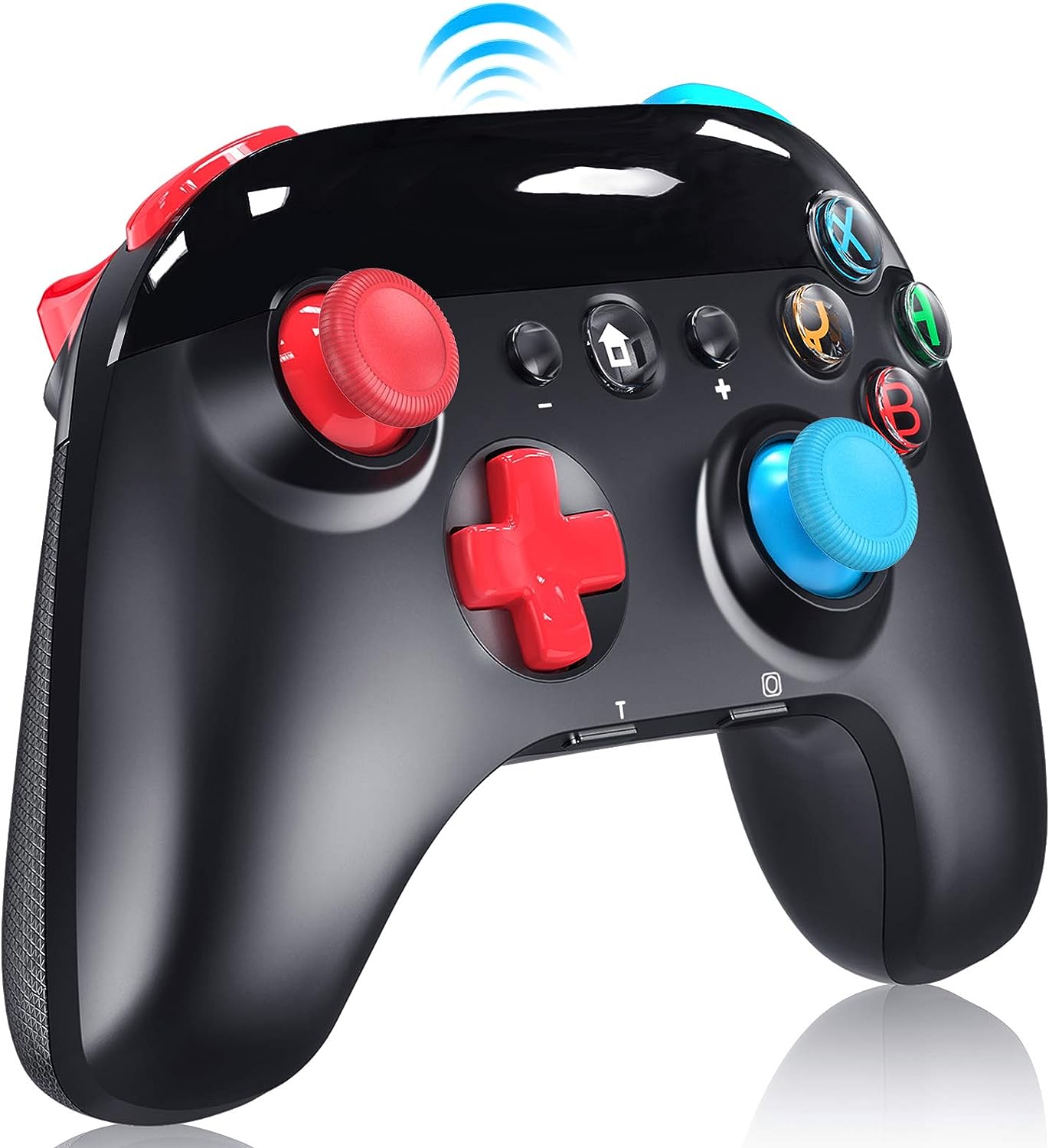 Disclaimer: As an Amazon associate, we may earn a commission if you purchase through our links.

Functionality same as the official model

Lover of video games, coffee, and cats. When I'm not working on a new project, you can find me playing the Switch.